Adam EnglandWhen you identify as queer but enter into relationships with heterosexual people, or those with of a different gender to your own, it can feel odd to consolidate these two parts of your identity. You’re not straight, but society can perceive you that way – where do you fit in, exactly?

When you identify as queer but enter into relationships with heterosexual people, or those with of a different gender to your own, it can feel odd to consolidate these two parts of your identity. You’re not straight, but society can perceive you that way – where do you fit in, exactly?

I knew that I wasn’t straight when I was in my teens. I knew that I wasn’t gay either; if we were to go by the Kinsey scale – for all its faults – I’d hover around a 1 or a 2. This was confusing for me to come to terms with. I was surrounded by casual homophobia and toxic masculinity – the sort of “locker room culture” that is so damaging to young men, yet didn’t feel able to really challenge it despite knowing inside that I wasn’t heterosexual.

It was a weird situation where I felt as if I was in some sort of purgatory, drifting in a weird zone between different concrete identities.

Despite identifying as bisexual, the vast majority of my sexual and romantic experiences have been with people who identify as women. This wasn’t ever something I had consciously planned: it’s just so happened that I lean more towards women than men in my attractions and opportunities, and this has been reflected in the makeup of my experiences. As a result, I’ve variously been straight-passing when in relationships with women, and have also had people assume that I am gay when my relationship status hasn’t been disclosed. Regardless of my sexuality not being anyone’s business, this brings in tropes that demonstrate how society often perceives and represents bisexuality.

There often seems to be an assumption that men who say they’re bisexual are actually gay, for example, and that women who say they’re bisexual are actually straight. Is attraction to male bodies considered the default? Those assumptions sure make it sound that way. There’s almost an expectation that eventually, you’ll pick a “side” when such narratives are incredibly damaging. It can make us feel pressured to “pick”, when there’s really no reason why we should need to. A bisexual man could be with a woman his entire life – but that doesn’t for one second mean that he’s straight. Alternatively, he could be with men and men only, and this wouldn’t make him gay if he didn’t identify as such.

Bisexual men have to deal with toxic masculinity, homophobia, and biphobia, too.

Biphobia exists amongst people of every sexual orientation and identity, and it can leave us feeling unsure as to where we fit in. Acquaintances and peers may assume you’re straight if they only see you in relationships with women, and also might assume that you’re down with their casual homophobia. Alternatively, they may think that you’re gay, and trying to come out gradually by identifying as bisexual. The revolutionary notion that you could experience attraction to people of more than one gender isn’t often even considered – people often think in binary terms, and it can be difficult for them to unlearn those patterns of thinking.

The sad reality is that, because of ignorance and bias about bisexuality if you’re open about your queer identity, you may also risk deterring some potential partners. Studies have shown that some straight women perceive bi men as being less attractive than straight men, so it’s easy to see why a queer man in relationships with heterosexual people could feel the need to keep quiet. Unfortunately, it’s perhaps unsurprising that bisexual men are considered to be less attractive by some, as bisexuality can invite connotations of femininity. These ideas are generally rooted in biphobia, and even if your partners don’t realise it, they may harbor certain biphobic ideas like this.

At school, in the locker room, or on the field, young men are constantly policing each other in terms of expressing masculinity, and at a time often when insecurities are often at their highest, it can be hard to come to terms with your sexuality on top of that. Particularly if you’re treated as one of the guys, you may be worried that coming out will change how you’re treated, whether or not you have any sort of romantic or sexual attraction to your friends.

How many queer men have had a conversation with male friends that’s gone something like, “It doesn’t bother me that you’re, you know, bi or whatever – just as long as you don’t try anything with me!” or, “You’re cool – you’re not one of those gays who are like, ‘in your face’ about it”? A stereotype remains that bisexual people are hypersexual, and want to sleep with anything that moves – it can get to the point where you’re telling friends of the same gender that actually, you aren’t even attracted to them in the first place, which can be pretty awkward.

Growing up, dating, and entering into relationships while bisexual can be an absolute minefield. While bisexuality forms only part of your identity, it can often feel as if people see your sexuality before they see you as a whole person. In short, don’t shy away from owning your identity. Whether you identify as bisexual, queer or even questioning – you shouldn’t hide who you are.

There are some things you can do to help manage tricky situations which may arise while dating, as difficult as they may seem.

Talk to your partners – Although it’s not your responsibility to educate them, if your partners ever harbor biphobic or heteronormative ideas, it can be beneficial to try and  talk things through. Tell them how you feel: they may not understand what it’s like to be in your shoes. They might not even be aware of their own biphobia at all, so this can be a good starting point.

Be open about your identity (where and when it’s safe for you to do so) – Work on being proud and confident in who you are. Embrace your identity, as ultimately your partners should love and respect you for who you are, your bisexuality very much included. Rather than locking away parts of yourself, it’s always better to be open and honest about yourself. Essentially, if your partner doesn’t accept your sexual orientation, they probably aren’t right for you. You can start the discussion around intersectionality, looking at both your own identities and those of your partner.

Encourage your friends and partners to be open with you – Maybe your friends want to become better-informed, or have questions or worries. It’s best if you can be open with each other, and that includes them opening up to you. Conflict is a healthy element of all relationships – what matters is how you handle it.

Address your own internal biases – Internalized biphobia is a real thing experienced by many bisexual individuals, not just men. Is your internalized biphobia stopping you from expressing yourself fully? This is a journey that you and your friends, family or partner might be able to travel on together. As you grow and unlearn ideas, the people around you may be able to do the same. 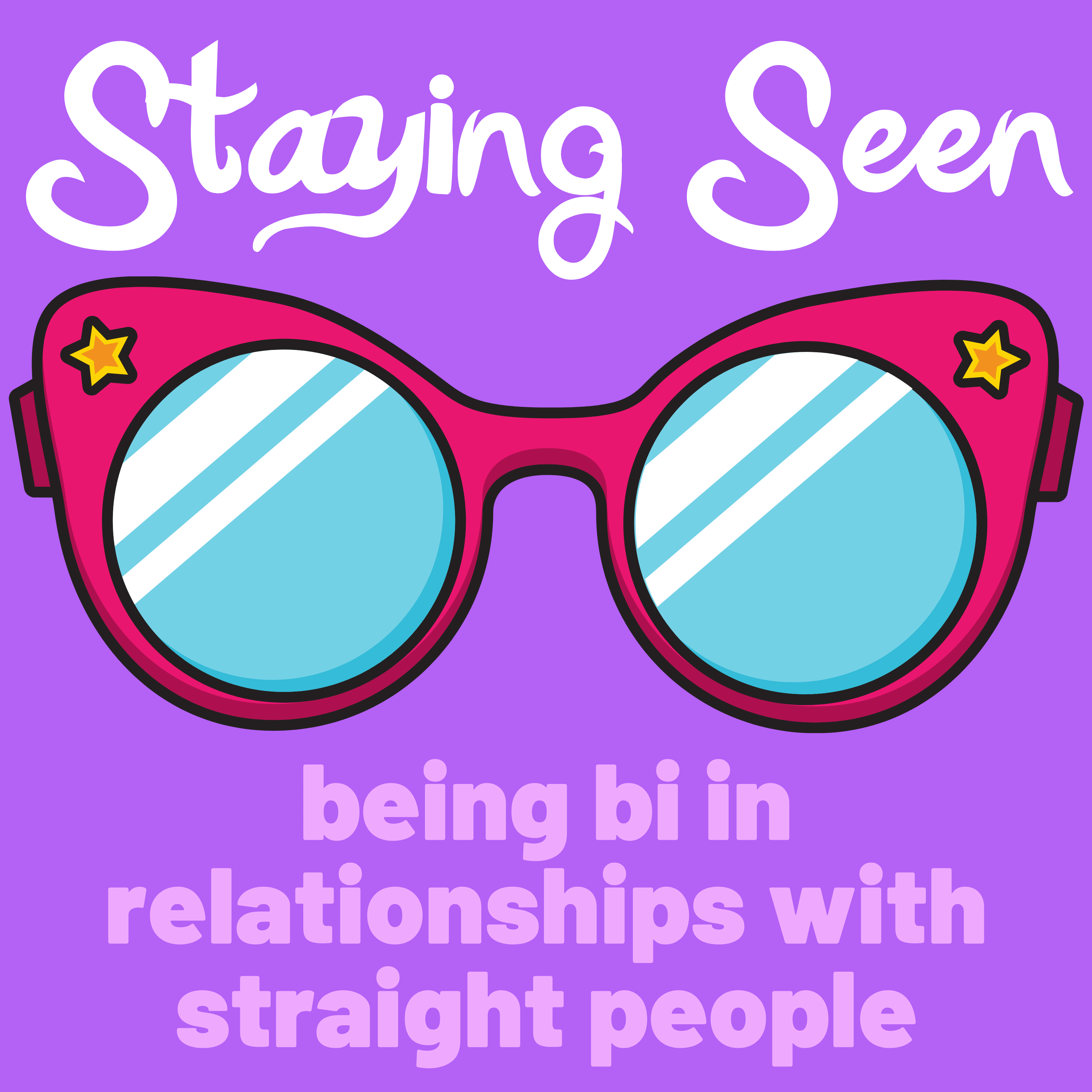